Jacinta Gulisano is on The Voice in Team Delta!

We are very excited and proud to announce our very own Jacinta Gulisano from Beni & Jacinta’s Let’s Groove Tonight has just landed herself a spot on Team Delta on Season 7 of The Voice Australia 2018. 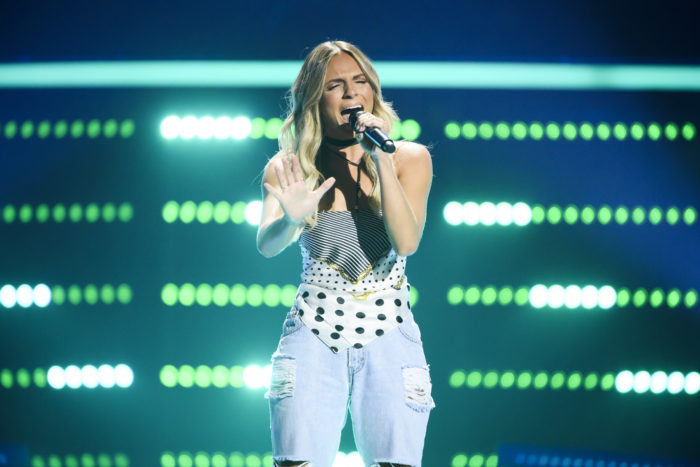 After coming 4th on channel 7’s X Factor in 2013 as part of a trio group called Third D3gree, Jacinta Gulisano is back on reality TV – only this time as a solo artist on channel 9’s The Voice. A little more on the nervous side this time round as Jacinta has ventured out on her own – anxious of the big red chairs not spinning around while she sang her rendition of ‘Came Here for Love’ by Sigala.

“Singing on my own was really scary for me because it has been such a huge insecurity of mine. Being in the group did shoot my confidence down a little bit as a solo artist. I was so nervous on stage during my audition”

Nevertheless, Jacinta wooed judges Delta Goodrem and Boy George with her powerful vocals and her doubts flew out the window.

“It was amazing. I remember when I was singing, my eyes were closed and when I opened them, Delta had turned around and it was like “Oh thank god!”. I needed someone to turn around and to see Delta there smiling, it immediately made me feel calm. I was just so happy and so thankful. George did turn as well. I felt so thankful that someone believed in me, it was just really nice.”

You can follow Jacinta and all the other contestants journey through The Voice App and even vote through the app once the show reaches its live shows! Vote for Jacinta! 🙂

We wish you all the best!