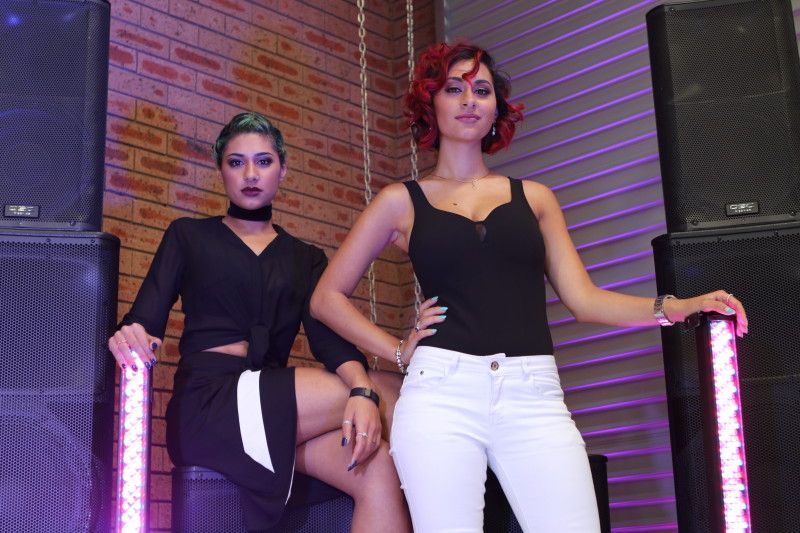 Sisters Nada and Jasmin have successfully conquered the hearts of millions of Australian and international fans since 2013.

In 2013 Nada and Jasmin made their television debut on the fifth season of X-Factor Australia with their all girl group “Element”. Reaching Super Boot Camp was a huge achievement and left a lasting impression on judges and audiences alike.

Through a special request made by the judges, Nada-Leigh returned the following year with an even greater skill set and attitude. Nada’s incredible range, presence and confidence secured her a spot as one of the Top 10 finalists, as part of the show’s own girl group ‘XOX’.

Jasmin, with her vocal versatility and ability to sing a wide range of genres also received positive reviews from critics and judges while gaining an increasing number of fans both nationally and internationally.

In 2016, Nada and Jasmin were scouted by The Voice Australia to be part of season 5. Mentor and international superstar judge Jessie J immediately recognized their talent, and for the first time in the shows history, the producers broke all the rules to save both sisters and take them through as a duo.

With their talents combined, this powerhouse duo will begin their sold out touring obligations from July 2016 and lend their breathtaking vocal abilities and sensitivity to all of your favourite dance floor hits and heart felt ballads.

Nada and Jasmin can be booked individually or as a duo and can be partnered with one of our Live Bands, DJs or simply to backing tracks.