What do you get when you combine Let’s Groove Tonight with Fire, Stunts and Acrobatics? Well, the answer is simple… One hell of a feature show!

On Saturday 19th October, the City of Ryde held their Annual Granny Smith Festival, which has grown to be the largest street festival in Sydney attracting 90,000 people each year. Emma, Chris and the Let’s Groove Tonight band have been working tirelessly to create their brand new show, having teamed up with Dauntless Movement Crew they have created a live band stunt show that has everything you would want in a performance and finally that hard work paid off with EXCITÉ’s official debut as the closing number on the Granny Smith Main Stage. 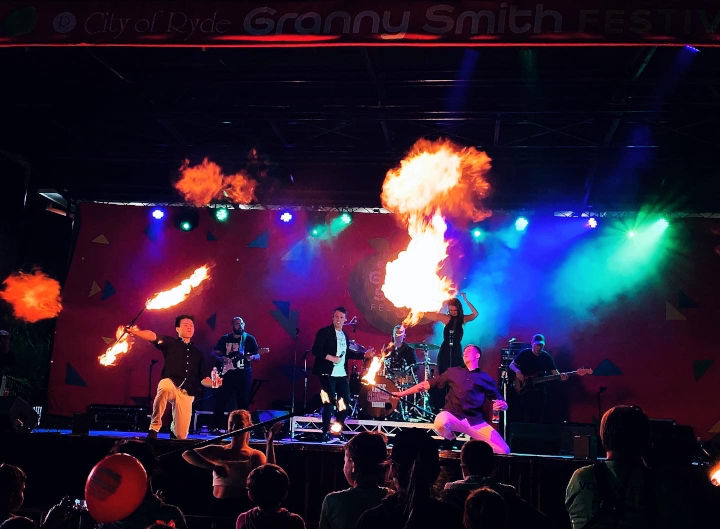 As the sun was setting behind the stage, lighting up the sky like fire, on stage was just as spectacular with fire breathing, fire twirling and the killer live band featuring the impeccable vocals of Emma and Chris. Some lucky audience members were even invited up onto the stage to be a part of the team and had the crew performing stunts and acrobatics around them and even over them! 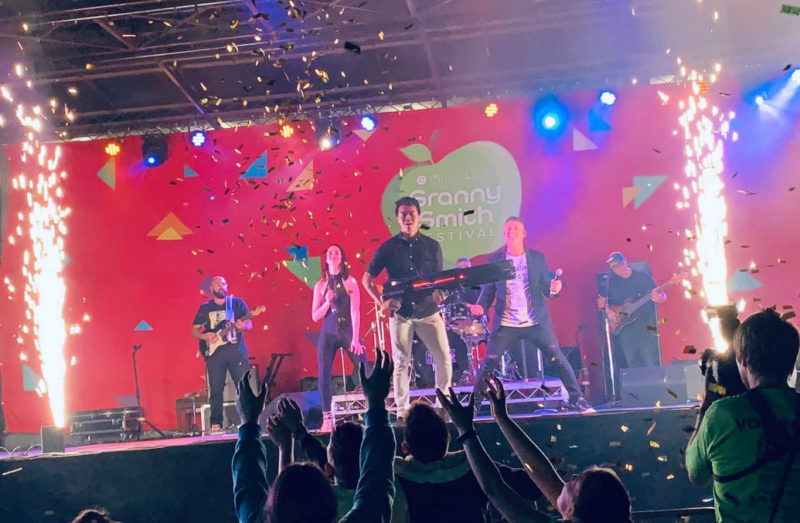 It’s a show that breaks the fourth wall and isn’t just about wowing the audience but making them feel a part of the show itself, bringing them in as a part of the experience that is Excité.

With Excité’s first performance coming to an end and the festival itself wrapping up for another year it was essential that the only way is to go out with a bang. As the audience counted down to “one” confetti cannons were launched into the crowd and the incredible fireworks display began for one final spectacle.

The hour long show definitely didn’t disappoint and the crowd was enticed, entertained and, true to the name, ‘Excited’ from start to finish! 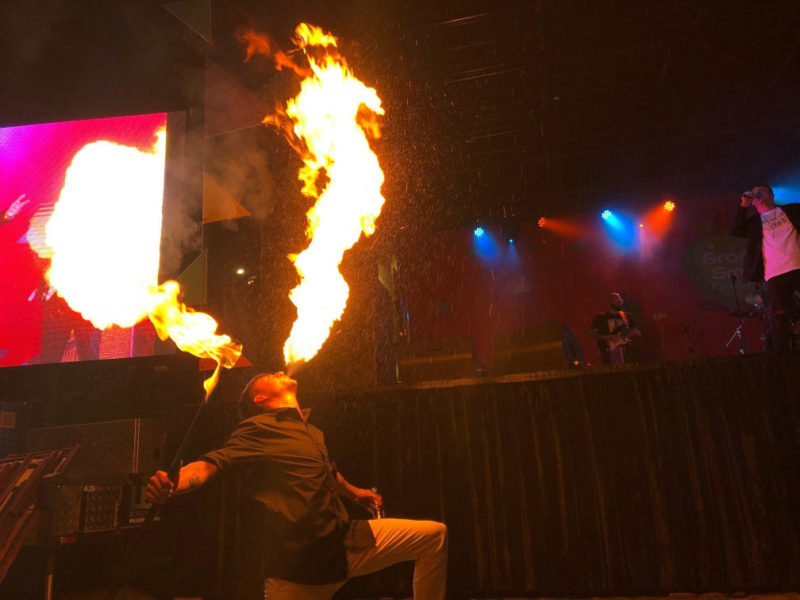 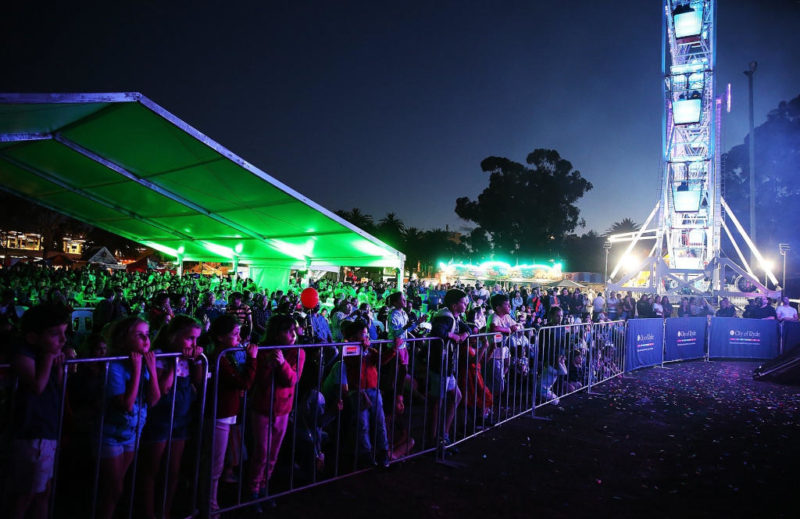